Give water to birds, animals & plants in this summer.

Every year in India there is hot summer in month of April - May. Due to this summer not only humans but also birds & animals become agitated by the thirst and die due to sunstroke when they don't get water or when they drink contaminated water. The plants who just started their growth get burned due to lack of water, also big plants withered due to scarcity of water.

In summer it becomes difficult for birds to get shelter in shade of trees due to decreased number of trees. Bird's feathers are heat resistant and heat produced in high amount in their body because their movement is much more than any other animal. There are no sweat glands in birds to control body temperature, so birds do not sweat. At such time birds exhale the excess heat in their body through respiration. But due to this, their heart beat gets increased, excess energy in their body is get consumed. 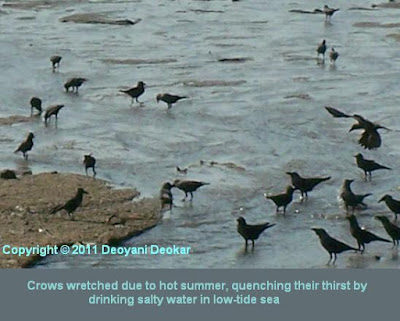 There are many wandering animals in one's own nearby surroundings. These animals also become perplexed in summer if they don't get shelter in shade. Animals do sweat, but they also get distressed while making body cool, if they have thick hair on their body. Some animals seems to roll in mud to prevent themselves from heat. Most of the animals exhale the excess heat in their body through respiration. But due to this their heart beat gets increased, excess energy in their body is get consumed. 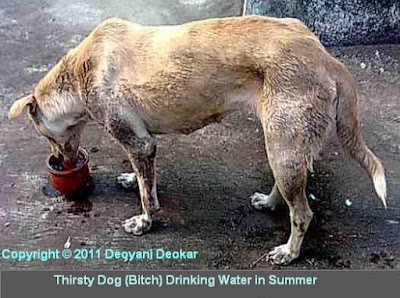 Water should be kept for birds & animals in the surroundings so that they don't die due to lack of water. Water should be kept in clean earthen or plastic pot. The pot for drinking water must not be too deep or too shallow. Water for birds should be kept in terrace, balcony or in a yard. Water for animals should be kept in the open place outside house, in the corner of footpath or in the nearby ground or below any tree. If possible then the food for birds or animals should be kept there. Birds like crow eat only soft food by their beak, they eat their food by dipping it in water, because of it water becomes dirty. Dogs spatter water by their feet and make it dirty. That's why it is necessary to clean the pot which is kept for drinking water of birds and animals, by removing stale water before filling it with fresh water. 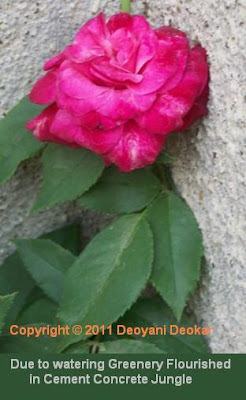 Also water must be given to plants, so that plants will survive. The more the plants in the surroundings will survive, the more cool it will become. Birds & animals get shelter in plant's shade and get food and nourished by it. Not only heat in the atmosphere get reduced by the vapors exhaled by the leaves of plants, but also dust in air get reduced. The lives of birds, animals and humans becomes endurable, when one plant survives on which they are depended.

That's why make a resolution and give water to birds, animals & plants in this summer.
Posted by D D at 2:02:00 AM No comments: 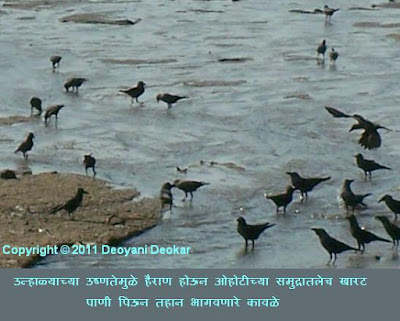 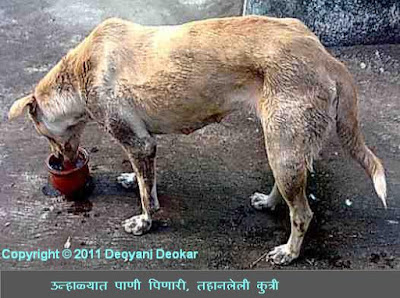 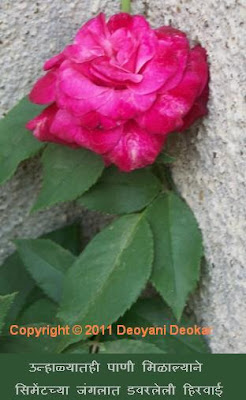 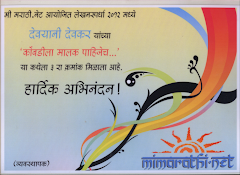 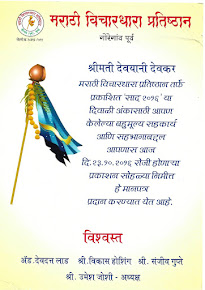